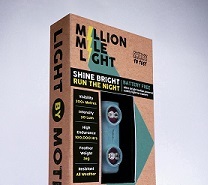 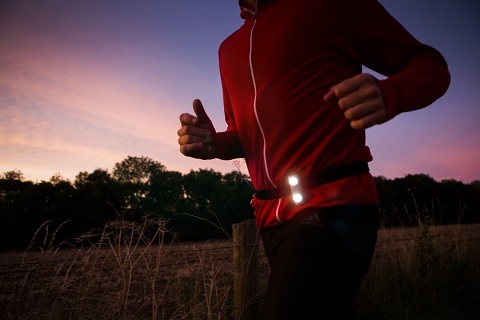 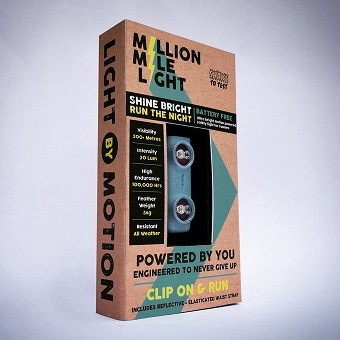 As you run, this clever little light transforms your energy into a pulse of bright white light, to keep you visible when the daylight fades. Named the Million Mile Light because of its long-lasting and resilient design, it delivers a highly sustainable solution to personal running safety. Deliberately simple, this device is an effortless performer. Simply clip it on and run, confident that it will always help keep you visible and safe. The husband and wife team behind Million Mile Light is seeking support to get the product to market and launching a Kickstarter campaign on 24th August. When in the shops the product will retail for £19.99 ($30 USD) but Kickstarter supporters can pledge for them ahead of production for £15 (approx. $23.50 USD). Early birds can get their hands on one for a pledge of just £12 ($19 USD) and the team is looking to raise their target of £35,000 to get the Million Mile Light into production.

Product Story
‘I was on an evening run at the end of autumn and it was one of those runs where I felt like Forest Gump. The only thing I was racing against was the setting sun. I live in the sticks and the pavements on the way home aren’t all lit by streetlights. Cars whip by at such a speed they almost blow you over. I wondered if I could use some of the energy I use running to power lights that would keep me safe. Over the following weeks, as the winter nights drew in, the problem became more apparent and I started to research a solution. I made lots of prototypes and consulted an expert engineer or two. Not only did my design need to be bright enough to keep me visible in the dark and in miserable weather, but sensitive to small movements and slow running; the design had to be very wearable, lightweight and non encumbering too, so I wouldn’t be able to feel it when it was being worn on long distances. I took my time to get this right and after several months tinkering and as many sharp weeks of hard design effort I have perfected the product, which I called the Million Mile Light. It’s so simple. Clip it on and go. It keeps me shining bright and it uses no batteries, so what’s not to love – I’ve engineered it to never give up.’ – Tom Lawton, Inventor of the Million Mile Light 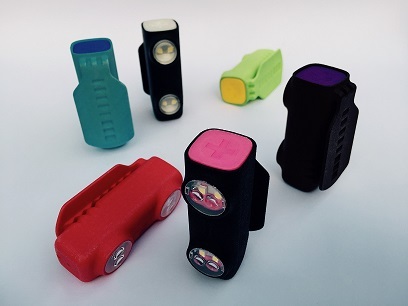