HomeNutritionYou Can Drink Too Much Water

You Can Drink Too Much Water 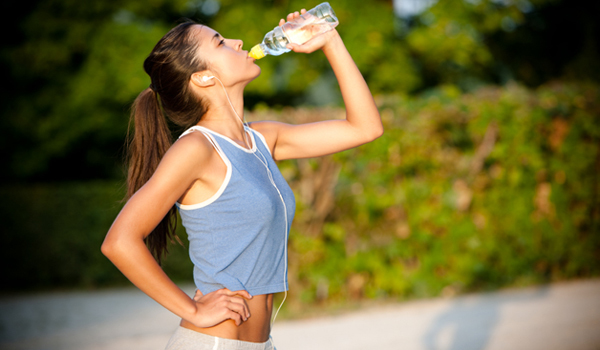 Did you know that you can drink too much water?

Hyponatraemia (water intoxication) is a serious condition where excessive water intake causes a loss of sodium from the blood, with potentially fatal consequences. The condition is particularly dangerous because the symptoms can be readily mistaken for exhaustion, or even dehydration leading to incorrect first aid treatment.

The exact mechanisms are not fully understood and but it is a complex physiologic pathway of sodium and water balance. The simplest answer is that lost sweat (salt and water) is replaced by ingested water (no salt). This dilutes the sodium in the bloodstream, and hyponatraemia results

What Are The Symptoms Of Hyponatraemia?

The spectrum of symptoms can range from mild to severe and can include nausea, muscle cramps, disorientation, slurred speech, confusion, and inappropriate behaviour. As it progresses, victims may experience seizures or coma, and death can occur. Severe hyponatraemia is a true medical emergency.

Fluid lost in sweat must be replaced, otherwise your body will become dehydrated (short of water) and less efficient. Alcoholic drinks and drinks containing caffeine – such as tea and coffee – can be dehydrating. Take plenty of non-alcoholic drinks with you when you run, especially when training in hot weather. Drink enough to keep your urine a pale straw colour. Also, drink plenty of liquids after training – especially after long runs – and practice drinking during longer training runs. You could also try drinking sports energy drinks in training to see if you like them.

Drink plenty of fluids and preferably no alcohol in the two days before a race. DO NOT drink excessively before, during or after a race, as you may get hyponatraemia.

Drinking too little can lead to problems, as you will always need to replace some of the fluid you lose as sweat. On the other hand, drinking too much can be very dangerous and lead to hyponatraemia (water intoxication), fits, and in some cases death. Drink when you feel the need and DO NOT gulp large volumes of fluids before, during or after a race.

Start a race well hydrated by drinking up to half a pint (250ml) of water or sports drink in the half hour before the start. Do not be greedy and take extra drinking water from drinks stations during the race to pour over yourself, as you may be depriving slower runners of much needed drinks. Only take water if you need a drink. If it is hot, additional water will be provided and showers will usually be set up on the race course – so use these to cool yourself, rather than using drinking water.

Your drinking needs for a race will vary according to your build, your speed and above all the weather, as these affect how much you sweat.

Faster runners (for example, runners who aim to complete marathons in under 3hrs 30mins) on a warm day may need as much as a litre of fluid per hour (two pints). Slower runners should need less – particularly on a cool day – and should not drink more than 500 ml per hour.

There will be frequent water stations on your race route, but YOU DO NOT NEED to drink at each one. Instead, just swallow a mouthful of water occasionally. If you like sports energy drinks, have one of these instead of or as well as water.

After finishing a race, drink large amounts of water. You can only rehydrate (replace lost fluids) gradually over the next 24-48 hours. Eat some salty food as well as spacing out your drinks; by doing this you will not get hyponatraemia and will replace the water salt and glycogen lost when running the marathon.