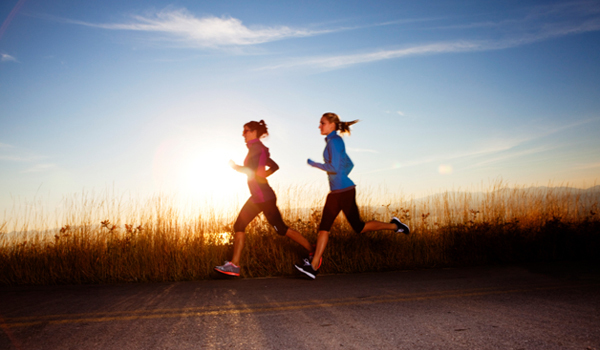 The 10 Golden Rules Of Running

Everyone likes a polite runner! Here are our 10 golden rules of running for a happier, more harmonious experience.

Unless you’re running so hard and fast that you can’t even lift one hand in a limp wave, do try to greet other runners, walkers, pedestrians, cyclists, horse riders and dog walkers whilst you’re out running. Everyone likes a cheery face! And a runner saying “hello”, “good morning” or “thanks” will make the pedestrian think more kindly of the next runner they meet. Besides, it’s nice to be friendly, isn’t it?

If you run on pavements, footpaths or towpaths, there will come a time when you need to pass someone else at a narrow point. Be courteous and make way. If you’re running with someone else, run in single file to show that you’re willing to take up less room. it’s fine to run two abreast but as soon as others need to pass, do the decent thing and go in single file.

If you run to work, make sure you can freshen up afterwards. Scope out the shower situation, or at the very least make sure you have some sort of wet wipes, deodorant and a full change of clothes.

If you eat energy gels, drink sports drink or use tissues during your run, do not drop the litter on the ground. Nothing gives runners (or any litterbug for that matter) a worse name more quickly than thoughtless, mindless littering. It’s an awful habit. Carry your litter until you see a bin or, if you don’t come across a bin, take the litter home. No excuses.

We know this one is more the domain of our male counterparts, but it’s still worth a debate. What do you do if you need to get rid of excess bits of bodily fluid? Some people argue that there’s never any need to spit, hack or phlegm whilst out running. Others say better out than in. Whatever your thoughts on the matter, try to do it as nicely as possible. Perhaps even carry a tissue with you.

Stick to some sensible safety rules when it comes to running: don’t wear earphones in busy traffic, wear reflective clothing in dim light or poor visibility, run on the correct side of the road and always tell someone where you’re going.

I’m sure we all remember what it was like to start out in this new hobby called running. Exciting, yes, but also a bit intimidating! So make time to encourage new runners, whether it’s someone you know or just someone you pass once out on a training run. Don’t patronise, ridicule or look down on anyone. We were all beginners once, and nobody truly knows anyone else’s story. Be kind and encouraging. Champion other runners and applaud their efforts. A little kindness goes a very long way.

8. Start Races In The Right Place

Be honest about your pace on the day. Only start at the front if you’re honestly going to be one of the front runners. Otherwise you’ll just hold faster runners up, and that’s impolite and thoughtless. You have nothing to lose by starting at the appropriate place in the crowd and there’s nothing wrong with being in the middle of the pack – or even at the back.

9. Thank Those Who Support Your Running

This goes for race marshals, car drivers who stop for you, dog owners who get their dogs out of the way and pedestrians who pause momentarily to let you past. A simple “thank you” or even a smile is enough to show them that you’ve recognised the gesture and are grateful for it. Next time, they’ll be even more inclined to make the world a better place for a runner. So start the positive spiral by thanking supporters, no matter how small (or large) the gesture.

We understand: running is serious business. But whether you’re training for an ultra marathon or just trying to plan your evening run, keep your hobby in perspective. Not everyone understands how important it is to you, so try not to let running seep into every conversation and every area of your life. Keep a balance, and don’t take yourself too seriously. It’s meant to be fun, after all!