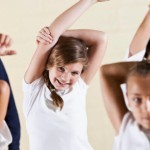 Does this article strike any chords?

Many girls say they enjoy exercise, but not PE or sports

“Schoolgirls are being put off exercise and sport by their PE lessons,” The Daily Telegraph has reported. Apparently, many young girls feel self-conscious when exercising or unhappy about the activities on offer.

The report also highlights just how big a problem physical inactivity has become in the UK, with overall physical activity levels for 11 to 15-year-olds lagging behind those of many other developed countries. Child obesity rates are described as “particularly worrying”, with almost one in three overweight in England. Physical inactivity among children is associated with a range of negative outcomes including obesity and low self-esteem.

Overall, this report reveals a gap between the types of activities girls want to do and the ones on offer. It suggests there needs to be careful consideration of new ways to help children stay fit and to encourage children to take up different types of activity. The result would be not only to encourage them to keep fit now, but also to help them find fun activities that can keep them healthy as they grow into adults.

What did the report examine?

The report explored the views girls and boys hold on physical activity, sport and physical education (PE) and looked at the influence of schools, friends and families. The research was carried out between September 2009 and August 2011 and included interviews with parents and PE teachers. The researchers wanted to offer some explanation for the low levels of activity generally seen among girls.

The Women’s Sport and Fitness Foundation (WSFF) commissioned the research, which was carried out by the Institute of Youth Sport at Loughborough University in two parts. In the first part:

Six teacher interviews were also carried out to explore teacher opinions and a small number of questionnaires were also completed by parents of the girls involved, although take-up of this was very low.

Are girls getting enough exercise?

Although some girls will be getting enough exercise, the simple answer based on this report is no, girls are not getting enough exercise. The health survey conducted in England showed that only 12% of girls aged 14 do enough physical activity to benefit their health. This figure is supported by a national survey carried out in collaboration with the World Health Organization, which showed that only 15% of girls aged 11 to 15 years participate in the recommended levels of physical activity.

What do girls think of sport?

However, despite this desire to be more active, attitudes to sport and physical activity are mixed. The report found that girls become less positive about sport and physical activity as they get older, with a greater decline compared with boys. Furthermore, it found that girls are concerned with having some choice in the activity available, having fun, being with friends and enjoying sport rather than competing and representing their school. Girls also see some aspects of being sporty as unfeminine.

The report found that girls also perceive more barriers to being active than boys and that the barriers increasingly include body image issues as they get older. Additional barriers reported include a lack of family support, insufficient choice of activity, a feeling that only the talented are encouraged and fewer role models for girls.

How can girls be encouraged to exercise?

The report points out that, as well as traditional activities, there are many other ways that young people can build physical activity into their lives. Choosing activities that the individual finds enjoyable and trying to include activity in their daily routine are important ways to encourage participation. Findings from this report also suggest that families have a large impact on children’s activity levels and, where possible, parents should act as positive role models and encourage their children to participate in a range of activities that suit their child.

Despite some of the negative opinions raised in surveys, the authors of the report say that schools are still an ideal place for physical activity to take place, as activity is timetabled and participation can be measured. However, it is important that schools offer a range of activities that appeal to more than just the ‘sporty’ types, and that they are offered and delivered in a way that is appealing to both sexes, say the authors.

How much exercise do people generally need?

The amount of activity you need to do each week depends on your age, but young people aged between five and 18 years need to do at least 60 minutes of physical activity every day. This activity should be a mix of:

Young people should also minimise the amount of time they spend sitting watching television and playing computer games. Where possible, walking or cycling instead of travelling by car is encouraged.

There are many ways that young people can build physical activity into their lives. Including physical activity into a daily routine, for example walking or cycling to school, can be an easy way to become more active. Encouraging children to do activities they like is also a good way of making activity fun and enjoyable rather than a chore.