Ever feel afraid of exercising?  You’re not alone.  It’s up there on the fear factor for many.  Whether you’re afraid of what you’ll look like, being laughed at or of the discomfort you may feel, anxiety is a common emotional response towards exercise.  And it’s this anxiety that prevents many from getting started, let alone continuing on a fitness drive. 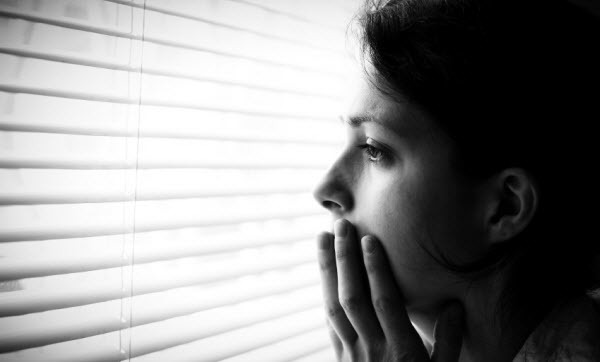 Sometimes however, just admitting that we’re feeling anxious can be the catalyst for coping with the situation.  This is because finding that others are feeling the same, can assist with dealing with the worry, breaking through the barriers and succeeding.

Phobias are extreme reactions to a situation, sometimes causing panic attacks in the extreme, or at the very least a raise in heart rate and a feeling of stress.  When we’re afraid, the fight or flight mode kicks in as we instinctively feel like running away, yet sometimes our subconscious instead tells us to control ourselves, stay put and conquer.

As a Fitness Instructor with a Military background I’m used to training people who may feel anxious about what they’re going to face.  Clearly there’s an expectation that what lies ahead will be demanding, bodies pushed to extremes with the potential to feel exposed.  The anticipation of being taken to our limits on any level can be an uncomfortable feeling.  Plus the dread of being unable to keep up, standing out for the wrong reasons, or just being too out of shape to be there in the first place all contribute to those feelings of stress. Yet, in these cases, I often tell people that the hardest part of the whole experience was making the decision to be there in the first place!

An exercise programme could be compared to TV’s ‘The Apprentice’.  The journey will be varied, there’ll be some hard truths learnt, but once we believe in the reason for being there, learn from our previous mistakes and we rise to the challenge, then there will be some rewards.  And if we treat the whole experience in a positive manner, then we’re far more likely to succeed and potentially even enjoy elements of the process as it unfolds.

However it’s the potential for failure and being ridiculed which causes many people to not only give up at the start of an exercise programme, but also prevents others achieving any long term improvement in body shape and fitness levels. Because even experienced Athletes have to keep pushing themselves to stay at the top of their game.  And attaining a fit body provides a great deal of opportunity for things to go very wrong along the way!

For sure, nobody really likes to fail, especially in adulthood, because lessons learnt from childhood often bring back painful memories associated with failure:  Being laughed at and made to feel inadequate or stupid in front of peers.  Combine this with a low self-esteem which may already be in place, and often the thought of exercise and its associated negative emotions is a huge barrier to many.

Recently I witnessed a child being ridiculed for dropping the ball in a sports match.  And I’ve had to coax my own daughter back to swimming training after a sudden asthma attack caused reluctance to ever swim again.  And these two negative emotional responses to sport experienced as 9 year-olds, will no doubt have implications in the future if not handled correctly now.  Yet, many children do not get the support needed, do not get reassurance and so, enter adulthood with a belief that they can’t do sport on any level. And so, exercise brings out that associated fear that if they ever attempt sport again, then the same negative scenario would arise.

As a Personal Trainer, I see many people who’ve convinced themselves that they’re un-coordinated, that they can’t run or catch a ball, or that they’re just too large to exercise.  As a result, these people have a deep fear of doing anything remotely physical, especially in front of others.  A fear of being made to feel or look stupid, of failing, and a fear of finding the whole process too painful, both physically and mentally.

School cross country runs are often the catalyst of many peoples’ exercise fears:  Memories of being shouted at by an over-zealous Sports Teacher, of being forced to run in the wind, rain and mud having done no training, having no interest in running, and no desire to be ‘character built’ in that way.  And the result: years of dreading feeling like that again!

Whilst I’m not suggesting that we should sit around and become the archetypal couch potatoes, I do think that exercise and its associated emotional reactions need to be understood.  Running is not for everyone, neither is exercising in the outdoors in the elements whilst being shouted at.  And, although that’s exactly what I get paid to do: I’m very careful to do it in a motivational, inclusive and enjoyable way.  I train people to have self-belief:  To have confidence in their abilities and to reach their goals.  And through these things, I teach people to have a healthy respect for exercise and ultimately themselves and others.

And whilst not all phobias can be overcome, thankfully in the right hands, exercise phobias can often be conquered.  So if you’re feeling at all anxious about starting to exercise, then talk to others and you’ll find that you’re not alone.  There are many people out there who can help. And once we start to think positively about ourselves, then the more we, as a Nation in general, can each find some form of physical activity that we can enjoy.  Only then may we have a bit less obesity, and a few more people getting out there exercising on a regular basis. Perhaps the Legacy of the 2012 Games will do just that.