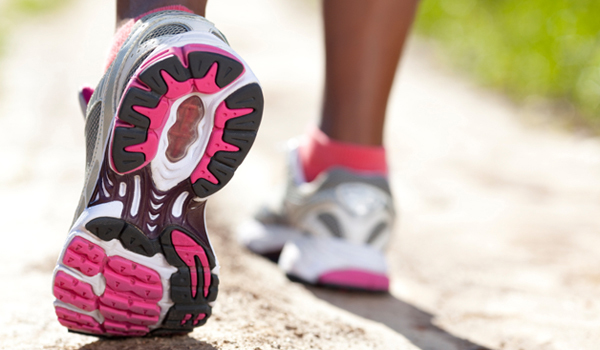 It was International Women’s Day on Saturday (8th March) and as a runner, you should give yourself a pat on the back: you’re one of just 20% of women who regularly do enough exercise to stay healthy*.

International Women’s Day is not a new venture – it’s been observed since the early 1900s – but in our era the day recognises change, progress and success for women across the world and in all walks of life.

According to the Women’s Sport and Fitness Foundation (WSFF), 81% of women say they feel sportswomen are better role models than other celebrities. On the British running scene, we have a great number of women to be proud of and inspired by. Here are some of our favourite superstar female runners of GB track and road running.

Four-time Olympian Jo Pavey, who competes on the track and road and has won silver in the 10,000m (2012 European Athletic Championships) and 5000m (2006 Commonwealth Games). She’s won the Great Manchester run twice.

Long-distance star Liz Yelling, who took bronze in the marathon at the 2006 Commonwealth Games and still holds the course records for the Bath Half (69 minutes 27 seconds) and Reading Half (69 minutes 35 seconds).

Olympian Christine Ohuruogu, MBE, who dominates the 400m event: she’s currently World Champion and has been both Olympic and Commonwealth Champion. Her PB for the 400m is 49:41.

Up and coming Hannah England, who took silver in the 1500m at the World Championships in Daegu – one to watch, for sure.

Yorkshire’s Hannah Cockroft, MBE, who is a sprint-distance specialist in the T34 classification. She is the current Paralympic and World record holder for the 100m and 200m and won two golds at the 2012 Summer Paralympic Games.

And perhaps the Queen Bee of British female runners: Paula Radcliffe, MBE. Paula holds the World Record in the marathon with her time of 2:15:25. She’s won the London and New York marathons three times and the Chicago Marathon once. She’s also been a World Champion in the half marathon and over cross country and a European Champion over 10,000m. She’s represented Britain in four Olympic Games and has been BBC Sports Personality of the Year (as well as IAAF World Athlete of the Year and AIMS World Athlete of the Year). We think Paula helped propel our sport into the mainstream and was one of our era’s best-loved and most memorable figures.

Who is your favourite female runner – current or historical, British or international? We’d love to hear from you.

(*Research from the Women’s Sport and Fitness Foundation)