Can Exercise Make You More Attractive?

So does exercise make us more attractive? As I’ve just completed months of grueling training for a fairly challenging event, I hope so!  And now that summer’s here for some, it’s a chance to show off the results of all the fitness from past months as the toned and beautiful bodies appear.  But as we hit the streets, it’s easy to spot the masses who clearly don’t exactly over indulge in the exercise department and whom we’d rather see with a few more clothes on as opposed to off!  Because the harsh reality is that an exercised, toned and confident body is a lot more appealing on the eye than one that’s over indulged and lost its way. 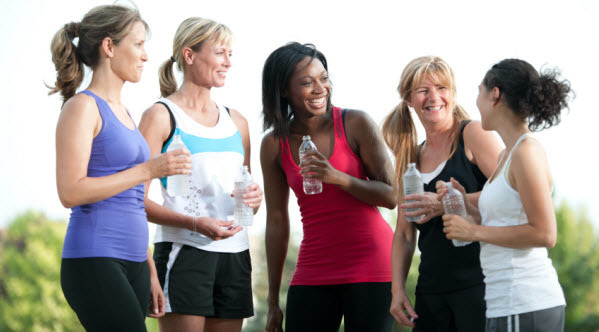 In Britain, obesity is reaching epic proportions. With millions of adults and children now affected by a combination of poor diet, sedentary lifestyles, fast food and drinks and a lack of impetus to exercise, we only have to take a walk down the High Street to see the results:  Bulging flesh, huge waistlines and double chins to name but a few of the physical attributes that abound those who over-consume and do little or nothing active.

Yet, alongside this, we do still thankfully see some children who are lean, active and full of energy.  Plus there are plenty of adults who have the correct height: weight ratio and who clearly take some pride in their appearance. And it’s the physical appearance that is the key; our own personal body image.  Rightly or wrongly, we are primarily judged by others by our appearance.  Of course, personality and character are vital when considering a person for a job, a potential partner, a friend or as a professional person we seek advice from, but initially we make a decision on the person based on what they look like and the signals they send out to us.

Through exercise, we know that we gain numerous health benefits, yet it’s the more subtle advantages exercise provides us with that are also significant.  A strong mind and body delivers enormous self-confidence and positive body language. And Science has shown us, certainly in the animal Kingdom, the strongest, most confident specimens attract the most mates. And arguably mating is one of the main reasons man exists!

But why is it that some people have the ability to exercise and stick with it and others don’t?  For many of my clients, once they embark on an exercise programme, start to lose weight, tone up and feel and look better, they enjoy the compliments they receive from other people.  This then spurs them on to continue and receive yet more praise.  Over time, they learn to love their body image again and this increases their self-belief and self- respect, so that eventually they’re self-managing their fitness programme and their diet. And I can guarantee that they look and feel more attractive within themselves and to others as a result!

However, there are clearly millions of people who aren’t fortunate enough to have had a Personal Trainer help them with their goals.  Those who didn’t get a great Sports Teacher who inspired them at School, or a parent who saw to it that, as a child they ate balanced meals, they took part in physical activity, and they understood the benefits of exercise.  And so, as we see these individuals continue on their journey of inactivity and over-indulgence, we realise that for most of these people, embarking on exercise is a daunting and almost impossible prospect.  Yet, we only have to watch the TV to see the extreme make-over shows, to realise that even the most obese amongst us can, given the right expertise, lose weight and change our life around.

2012 in Britain is poised to be a fairly amazing year: Whilst we hit double dip recession and on the one hand struggle to make ends meet, millions of people still seem able to afford to buy convenience food, over-indulge and lead a consumer-led sedentary lifestyle.  Yet, on a more positive note we’re about to witness enormous National Pageantry and Sporting Excellence. Some of those taking part having come from the most humble and challenged backgrounds, but who’ve had the determination to work towards their goal and achieve it.  Therefore proving that it’s not just down to economics as to whether we turn out to be obese or an Olympic Athlete. It is surely down largely to circumstance, upbringing and ultimately will-power and choice.

So I would argue that exercised individuals are generally more attractive, not only because they look good, but also because of their inner confidence which stems from having the will power and opportunity to exercise.  And those who don’t exercise, who don’t look after themselves and who over-indulge are not necessarily just physically unattractive, but sadly often because of their own self-loathing of their body image, they appear miserable too.  Whilst we all have differing starts in life, most of us are fortunate to have choices later on, and if people learn anything from the endeavours of 2012, let’s hope that it may spur some more people into taking action to stop obesity, eat more healthily,get more active and look and feel better about themselves, especially those who are still young enough to make a change!